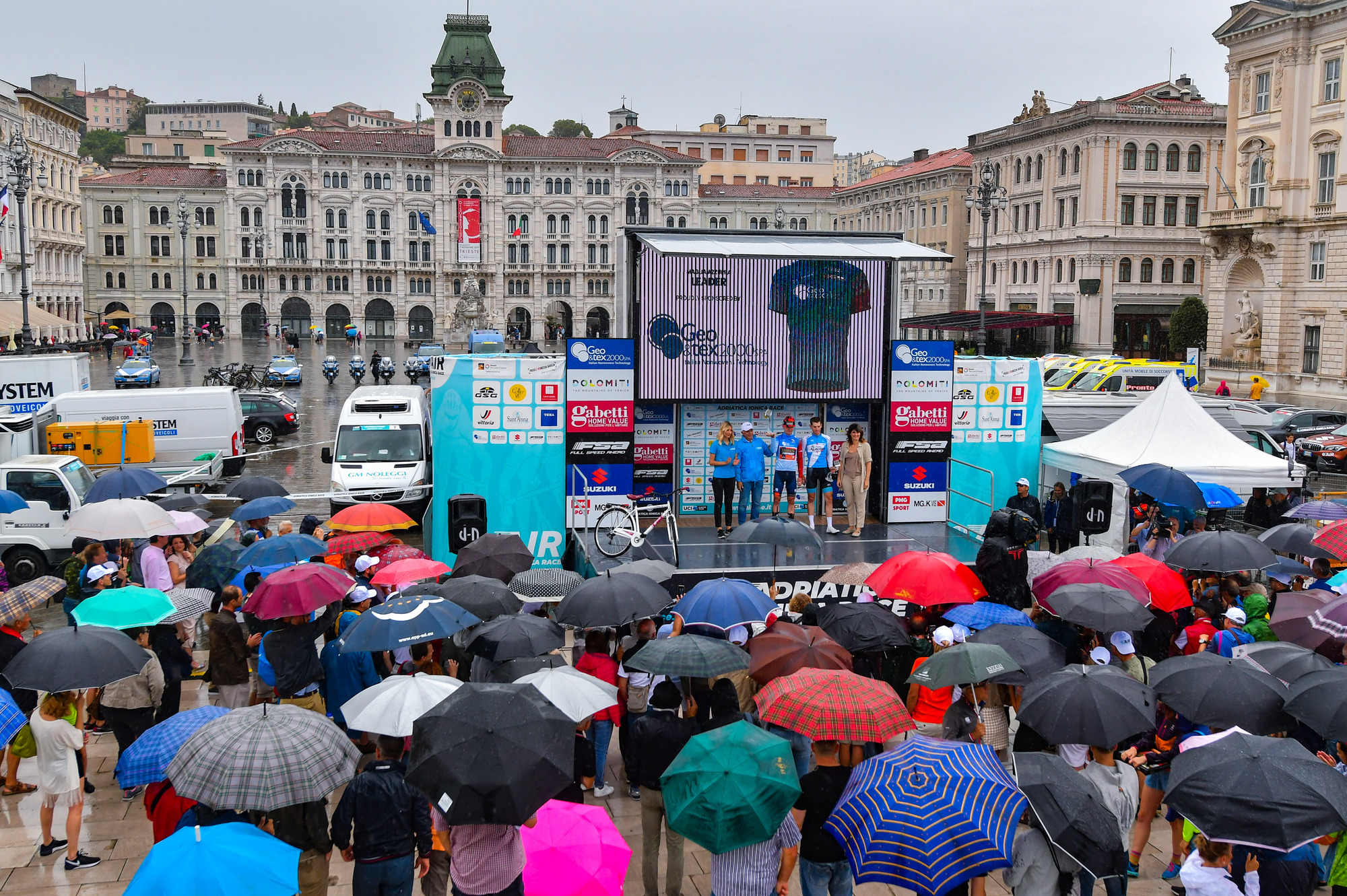 Adriatica Ionica Race gets ready to revive the passion in the fans’ hearts thanks to the support of reliable Companies who have the Sport close to their heart.

First support confirmation has come from Geo&Tex2000: they have been involved as main sponsor of this stage race for the last three years.

Renato Campana, owner of Geo&Tex2000, said: “Cycling has always been our passion and the affinity and understanding with Moreno Argentin, responsible for the race organization, allow us to create an important event like Adriatica Ionica Race. We are proud of being part of the group: this race represents our Company philosophy geared towards respecting the environment and innovation.”

As already done, also in 2021 Geo&Tex2000 will put its own brand on the blue jersey of the general classification leader, already worn by Elia Viviani, Olympic Champion and flag-bearer for Italy at the forthcoming Olympics in Tokyo. The Colombian Ivan Ramiro Sosa and Alvaro Hodeg and the Ukrainian Mark Padun are other talents who wore the blue jersey.

“Renato Campana and Geo&Tex2000 represent a guarantee and we are happy to rely on them, especially in the difficult historical and economic period we are going through” – concluded Moreno Argentin. “Adriatica Ionica Race jersey leader has always been worn by top athletes and young talents who will be protagonists on future international stages. Thanks to a parterre of high-level riders and a valid and demanding route, we are sure that also this year’s edition will be a success.

Geo&Tex2000 S.p.A. was founded at the beginning of the new Millennium thanks to the deal of initiative of Campana’s Family, with lot of experience and heritage in non-woven geotextiles for industrial applications. Their success is based on high-quality products, innovation, sophisticated production technologies, service offering customized solutions.

Geo&Tex2000 currently has more than 100 employees, distributed in three factories, with six production lines that are able to produce 200 million square meters of geotextiles per year. In the first quarter of this year, they achieved an increase of 36% in turnover. The Company, located in Valbrenta (Vi), works in collaboration with laboratories, research institutes and trade associations and contributes to spread the culture of geotextiles all over the world.