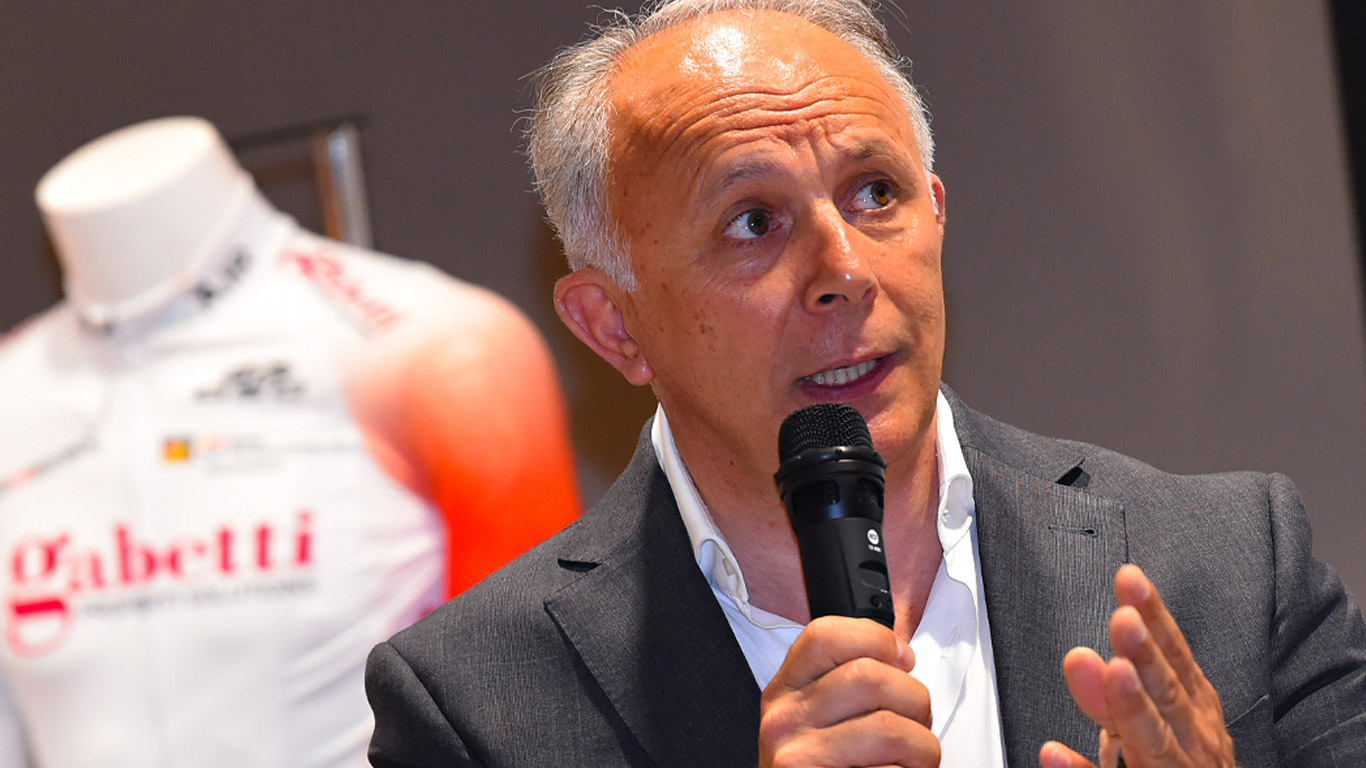 The second edition of Adriatica Ionica Race’s official presentation took place on Thursday 13 June 2019 at the Leonardo Hotel of Mestre (Venice), the stage race is included in the UCI Europe Tour calendar and will be held from 24 to 28 July 2019 on the roads of the Veneto and Friuli-Venezia-Giulia regions.

The race conceived and organized by Moreno Argentin (World Champion of Colorado Springs in 1986), will start from Mestre on July 24th with a street circuit, and will resume the spirit of the road race “Kilometro del Corso”.

A group of riders of the highest level with as many as 8 World Tour teams, including Movistar who will very likely field Richard Carapaz, winner of the last Giro d’Italia.
There will be 9 Continental Professional Teams, a selection of the Italian National Team, for a total of 19 teams:

ThThe route will be a network of stages between the regions of Veneto and Friuli-Venezia-Giulia. There will be 5 highly spectacular stages showcasing the scenic beauty of these two regions. The riders will pass from sea level, through the lower hills, to the prealps, and then arrive to the mountain stages. The race starts from Venice and ends in Trieste.

If the first edition received great interest from the media and cycling enthusiasts, the second edition promises to be even richer in media content.
The television coverage of the event will be massive, which thanks to the collaboration of PMG Sport will be broadcast on Rai Sport, Sky Sports and Eurosport International broadcasting in 52 countries with comments translated into 20 languages.
There will also be special coverage in the “Gazzetta dello Sport” to present the event and 800 radio ads on the Radio Sphera radio circuit, to promote the event locally in the towns and cities of stage departure and stage arrival.
The contribution of the Governors of Veneto and Friuli-Venezia-Giulia, Luca Zaia and Massimiliano Fedriga has been fundamental, with the respective Councilors for Tourism Federico Caner and Sergio Emidio Bini, always supported by the respective Marketing Managers Claudio De Donatis and Bruno Bertero who have demonstrate strong belief and support for this project and for its strong value in promoting local territories.
At the arrival of each stage a Hospitality Area will be set up where guests can taste and enjoy the typical products of Veneto and Friuli-Venezia-Giulia.

“When I thought of this race – says Moreno Argentin – I commenced from the assumption that in addition to a sport’s event, we should aim to showcase our wonderful territory and its great cultural heritage that distinguishes it a unique. I am pleased that an important agreement has been reached with the University of Udine that will supports us in the research and study of these territories. This became clearer during recent inspections with Silvio Martinello, because cycling through these two regions is really amazing. There are a thousand glimpses, wonderful locations and breathtaking landscapes. As I said last year, in the coming years my dream is also to cross national borders to go to Slovenia, Croatia and maybe one day reach Athens. I thank the Regions of Veneto and Friuli-Venezia-Giulia, the Municipalities hosting the departure and arrival villages, the sponsors who believe in this project, the Traffic Police and the many volunteers who always give us a great hand”.