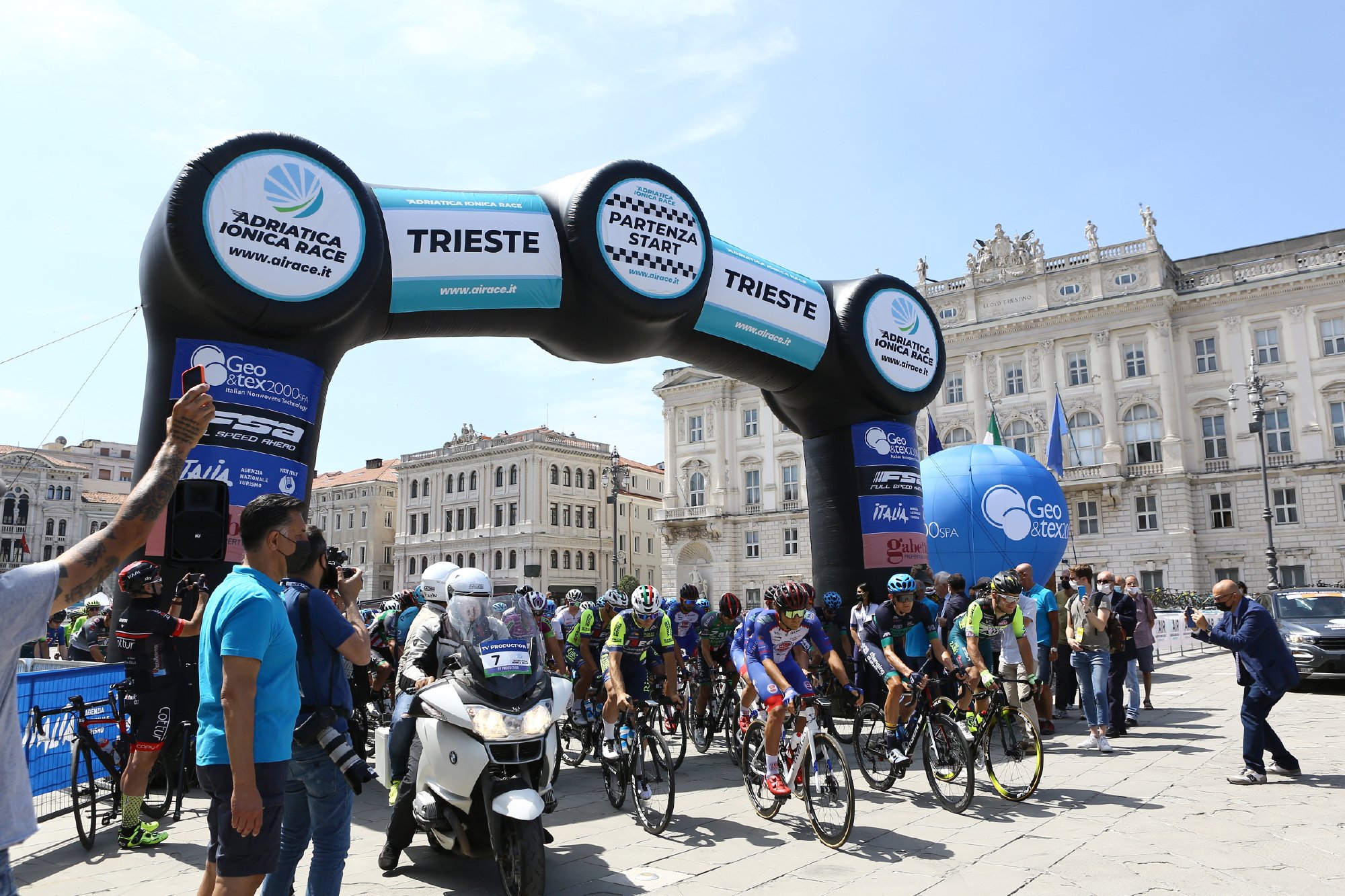 It will be an entirely Friulian stage to open the Adriatica Ionica Race 2022: the race developing along the routes of Venice the Serenissima – organizational direction by Moreno Argentin – will open on 4th June with the Tarvisio – Monfalcone stage.

From the mountains to the sea, it will connect two symbolic cities of the Friulian territory by tackling a route that will make it possible to highlight all the regional top spots. These are the elements that will kick off five days of competition that promise to be spectacular and exciting.

This important news was anticipated by the Colorado Springs World Champion who explained: “Again this year we have chosen Friuli Venezia Giulia as the starting point for our race. A decision that is the result of the great relationship we have established with the Region and with the Municipal Administrations that have opened the doors to us to set up a route that will be covered one pedal crunch after another!“

TARVISIO, “THE WATERSHED” – The city of Tarvisio is one of the four Italian cities bordering two foreign states: one step away from Austria and Slovenia, it rises in Val Canale at 745 meters above sea level. Famous for the Carinthian style architecture and for the splendid views that can be admired in the surroundings, in 2003 it was the seat of the Universiade and, subsequently, of some women’s Ski World Cup tests. Last year the first stage of the Giro della Regione Friuli-Venezia Giulia ended in Tarvisio.

“Our city has always been attentive to the world of sport and cycling is one of the disciplines that best match our territory. We are happy to be able to host the start of the Adriatica Ionica Race 2022: a race encompassing not only the most valuable aspects of sport but also the ability to offer a splendid postcard of the excellence that has always distinguished us ” observed the Tarvisio’s Mayor Renzo Zanette, who – together with the Sport Council Member Mauro Zamolo – defined all the details with the staff: “Thanks to this event, on 3rd and 4th June our streets will be filled with athletes and cycling enthusiasts. They will be two special days for all of us: we are planning a series of events that will mark the approach to this great start and that will allow us to involve the whole territory“.

“Tarvisio is a wonderful city that perfectly fits into the European spirit that has always accompanied us. The departure from such a beautiful, inviting, and evocative territory will certainly be a good omen for the Adriatica Ionica Race” added Moreno Argentin. “I would like to thank the Municipal Administration for the support and the immediate cooperation they have granted us for this race: we will do our best to give the city a real event”.

MONFALCONE, THE CITY OF SHIPS – Overlooking the Adriatic coast for 24 kilometers, Monfalcone is an industrial city known throughout the world for the majesty of the ships built within its yards. Awarded the medal for military valor, after being exterminated during the First World War, the city was able to be reborn by looking at the future with the strength of its traditions.

Cycling is part of the history of Monfalcone where the traditional Montes Cup reserved for Juniors is held every 25th April.

“When Moreno Argentin offered us the possibility of hosting the finish line of the first stage of the Adriatica Ionica Race 2022 we had no doubts: we are happy to be able to return to applaud the big names of the cycling world who will compete on our roads to win the first leader’s jersey” explained the Monfalcone’s Mayor Anna Maria Cisint welcoming the AIR 2022 delegation on parade at the city lap. “Cycling in our city has deep roots and I am sure that the many enthusiasts who travel by bicycle will not want to miss this important event“.

“For us at AIR, after the departure from Tarvisio, it was natural to head towards the Adriatic Sea. We met the cooperation of Monfalcone which represents a point of reference for Italianness in the world: a contemporary city rich in history, an industrial city but, at the same time, interesting to be discovered by bike. Athletes will not have the time to enjoy the landscape, but two-wheel fans will have many reasons to discover and rediscover these roads” concluded Moreno Argentin.

In the next few days, the other stage venues will also be unveiled which, from 4th to 8th June, will host the highlights of the Adriatica Ionica Race 2022.