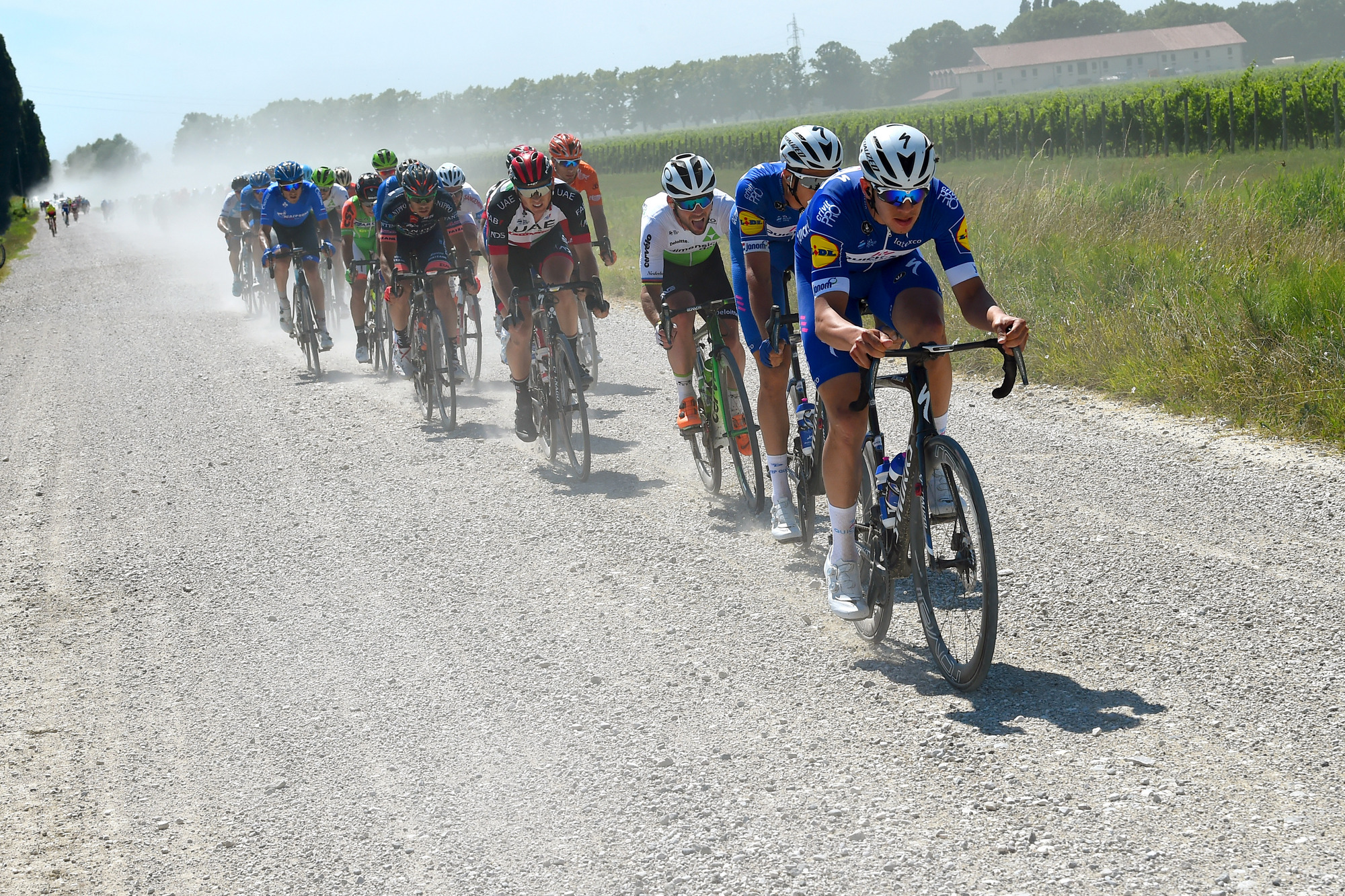 From Venice to Trieste, the Adriatica Ionica Race (July 24-28) will come back with an intriguing course suited to all-around riders. From the sea to the Dolomites, through hills and dirty roads, the race promises a big show in Northern Italy

History and culture. Five stages in Northern Italy, between Veneto and Friuli Venezia Giulia. The Adriatica Ionica Race (AIRace) is ready to jump back into the spotlight for its second edition (July 24-28). Five days of racing, each with a different hallmark, organized by the former World Champion Moreno Argentin.

Aiming to unite peoples and traditions, from North-Eastern Italy to the Balkans and the Greece on Venice-Athens track the Adriatica Ionica Race will offer days of great competition between Veneto and Friuli Venezia Giulia, on the Serenissima routes, the domains of the historic Republic of Venice, while hoping to cross the borders in the coming years.

On Wednesday July 24th in Mestre (Venice mainland) the opening stage gives a nod to the sprinters. A 2,7 Km-circuit, to be repeated 30 times, will characterize the opener, assigning the first overall leader jersey featuring intermediate sprints every five laps. A long battle to clinch the leader jersey is expected from the first to the last kilometer.

On day2, Thursday July 25th, the AIRace will face the “Off-road stage” (Favaro Veneto – Grado, 189 Km), with six sections of dirt roads. Sun and dust or rain and mud: either way a tough challenge to shake-up the GC, although the “UNESCO Dolomites Stage” of Friday July 26th, 204,6 Km from Palmanova to the Misurina Lake, in the Tre Cime di Lavaredo’s shadows, will be even harder. The stage 3 including four dolomitic peaks attracts the climbers: the finish line is placed in one of the most enchanting spots of the Alps, recognized as UNESCO world natural heritage site.

On Saturday July 27th, the alpine climbs will give way to the “Gorizia’s Collio” hills, in the stage 4 (Padola – Cormons, Monte Quarin, 204,5 Km). A strong day for explosive riders promises a big show in view of the great finale to be held in Trieste, on Sunday July 28th. In the last stage (Cormons-Trieste, 133,5 Km) a duel between sprinters and puncheurs I expected. A beautiful final act of a race likely to create great emotions until the last passage on the ascent in Trieste’s old town, where the Adriatica Ionica Race will choose its 2019 winner.