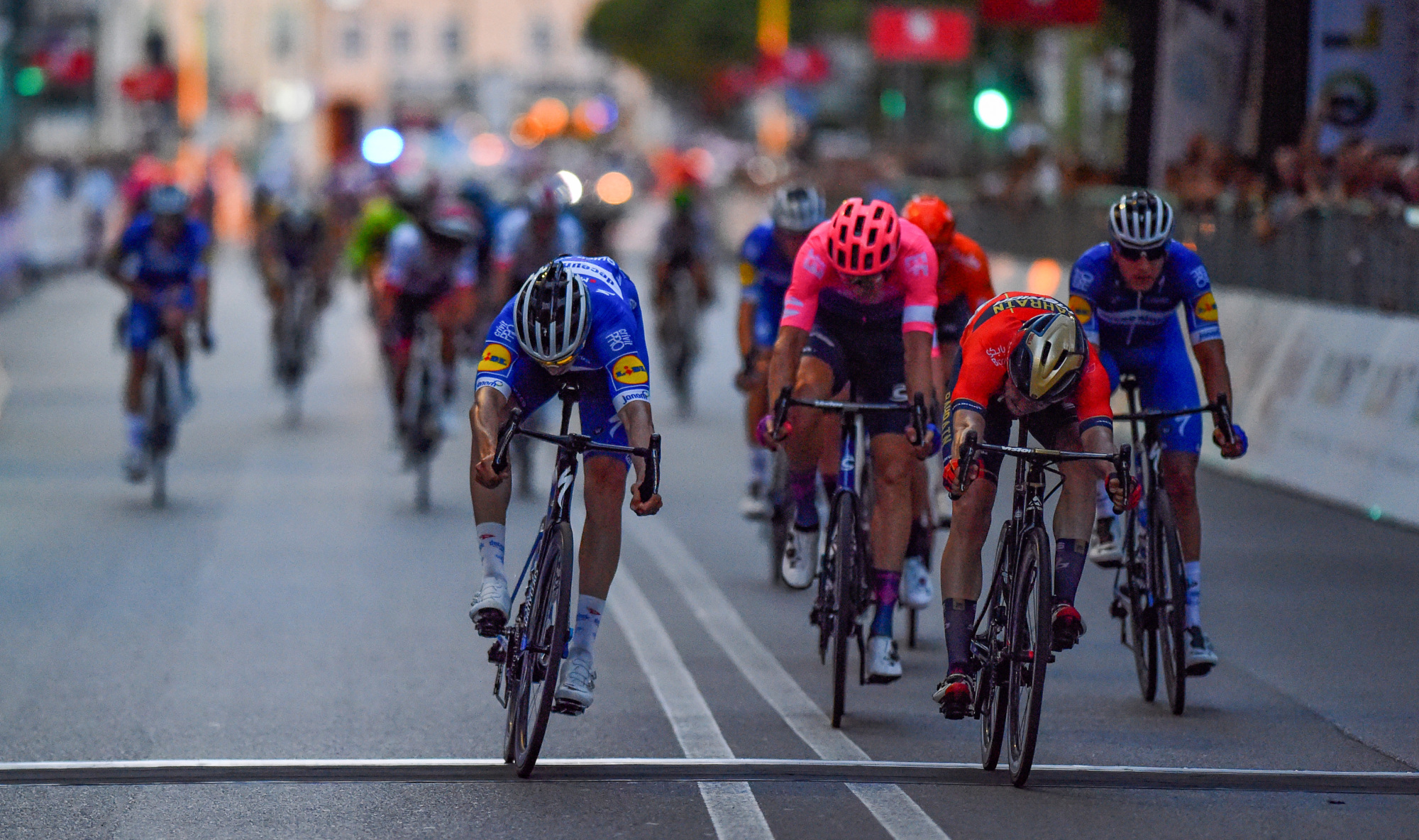 Fast-wheel festival was supposed to be and so it was. The Adriatica Ionica Race night-time opener held in Mestre on Wednesday, July 24, with 30 laps of a 2,7-Km circuit, has smiled to Bahrain-Merida, one out of eight World Tour teams at the start. GermanPhil Bauhaus was the fastest on the finish line after a powerful sprint.

The 25-year-old from Bocholt scored his first seasonal win securing the blue leader-jersey. Behind him, Colombian Alvaro Hodeg (Deceuninck-Quick Step) was runner-up with Belgian Sep Vanmarcke (EF-Education First) to round out the podium, the latter already focused on the dirt roads’ stage, the most suitable to him.

Forth-placed Davide Martinelli was the first Italian after the great effort in favour of his teammate Hodeg in the final lap, while Sacha Modolo (EF-Education First) took fifth. “My team worked smoothly – a super-happy Bauhaus explained. – We were on time to take the leading positions in the bunch, so I picked Hodeg’s wheel and overtook him eventually. It’s my very first victory with Team Bahrain after a tough race”.

“We decided to stress tha pace from the very beginning and we did – Hodeg said – but I wasn’t so brilliant at the end. I will try again tomorrow or in the final stage in Trieste”.

Deceuninck-Quick Step and Dimension Data came to the forefront with the aim to pave the way to their own sprinters. Mark Cavendish was the most controlled but he didn’t show the best condition yet.

Tomorrow, Thursday July 25th, the Adriatica Ionica Race stage 2 consists of 186 Km from Favaro Veneto to Grado – with a 23 Km overall stretch of dirt roads to shake up the GC. The TV highlights will be on air from 6:00 pm CET on Eurosport, RaiSport, Sky Sport Arena and PMG Sport web’s platforms.