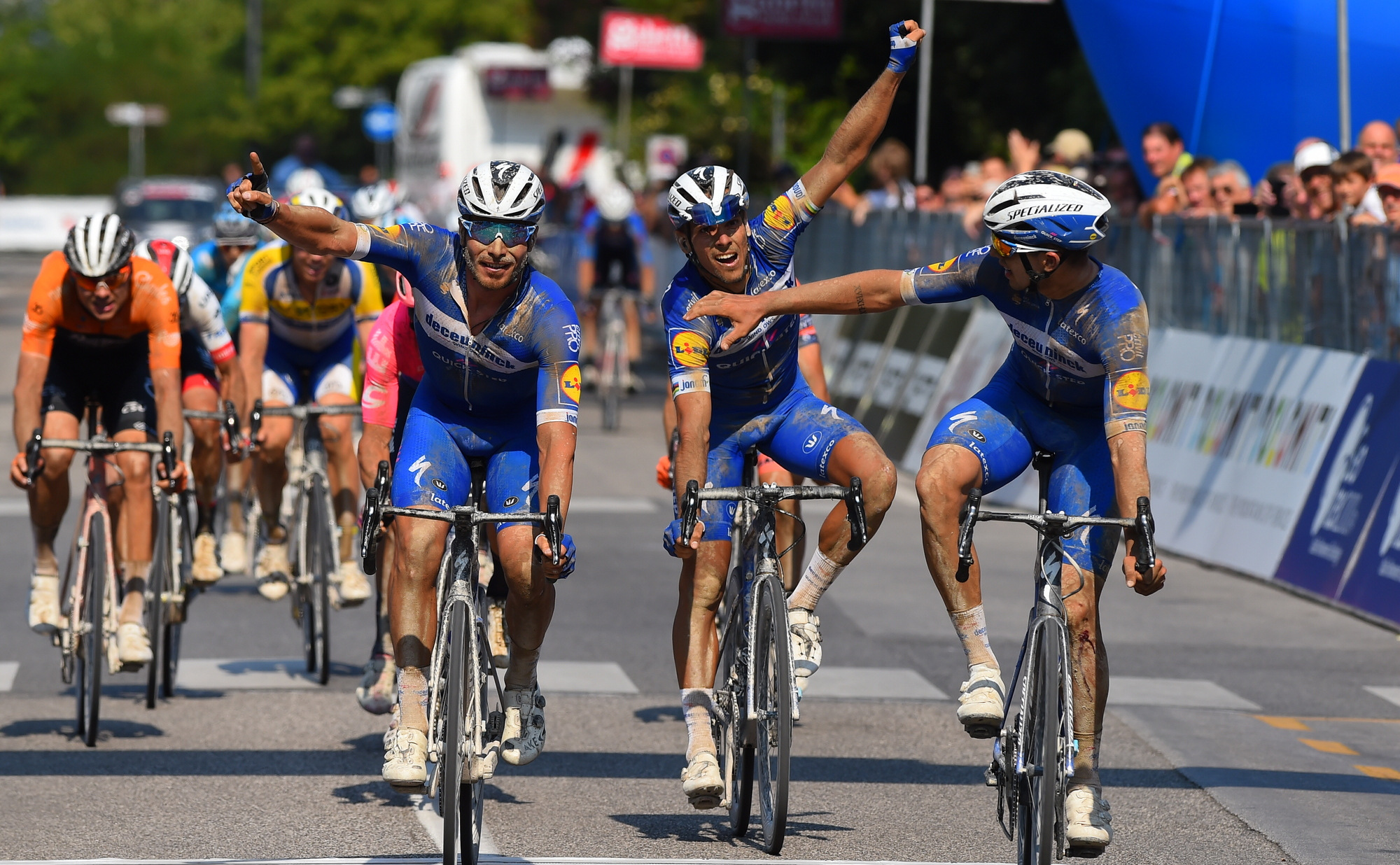 As the Adriatica Ionica Race stage 2 featured a Flemish-style course with over 23 km of dirt roads, Team Deceuninck-Quick Step appeared as the main favourite from the very beginning, although the final outcome exceeded any expectations with the Belgian squad’s hat-trick on Grado finish line, where the Colombian Alvaro Jose Hodeg outsprinted his teammates Florian Senechal and Philippe Gilbert, also claiming the GC lead.

“I want to share this win with all my teammates – said Hodeg. – We controlled the front of the peloton for the whole day. I even crashed twice today, at the beginning of the stage and then with 25 kilometres to go, together with Gilbert, Honoré and Evenepoel. Nevertheless, we managed to win“.

Right from the get-go, a group of 5 riders, including Mauricio Moreira (CajaRural-Seguros RGA), Guy Niv (Israel Cycling Academy), Etienne Van Empel (Neri Sottoli-Selle Italia-KTM), Thimo Willems (Sport Vlaanderen-Baloise) and Umberto Poli (Team Novo Nordisk) escaped and put over 5 minutes between them and the peloton. The breakaway was caught – Niv e Moreira the very last to give up – with 70km remaining until the finish and still five stretches of dirty roads to come.

With a reduced 22-rider field leading the race in the hectic finale, it was just a matter of awaiting some of the favourites to seize the moment, if any. Otherwise they went to sprint for a showdown rewarding Deceuninck-Quick Step with a resounding podium.

“I crashed and needed to change my bike, chasing the main group for many kilometres – Paris-Roubaix’ last winner Philippe Gilbert explained – However, we approached the penultimate section of dirt roads in a very high speed and then the peloton split up. In the final kilometer, the lead-out train for the sprint was perfect“.

After today’s dirt roads’ stage, it’s the “UNESCO Dolomites Stage” turn tomorrow, Friday July 26th, along 204,6 Km from Palmanova to the Misurina Lake, in the Tre Cime di Lavaredo’s shadows. The 2019 AIRace “queen stage” consists of four dolomitic peaks: the tophill finish lies in one of the most enchanting spots of the Alps, recognized as UNESCO world natural heritage site, definitely the best scenario for climbers. The race starts at 11:05, rainy weather expected.