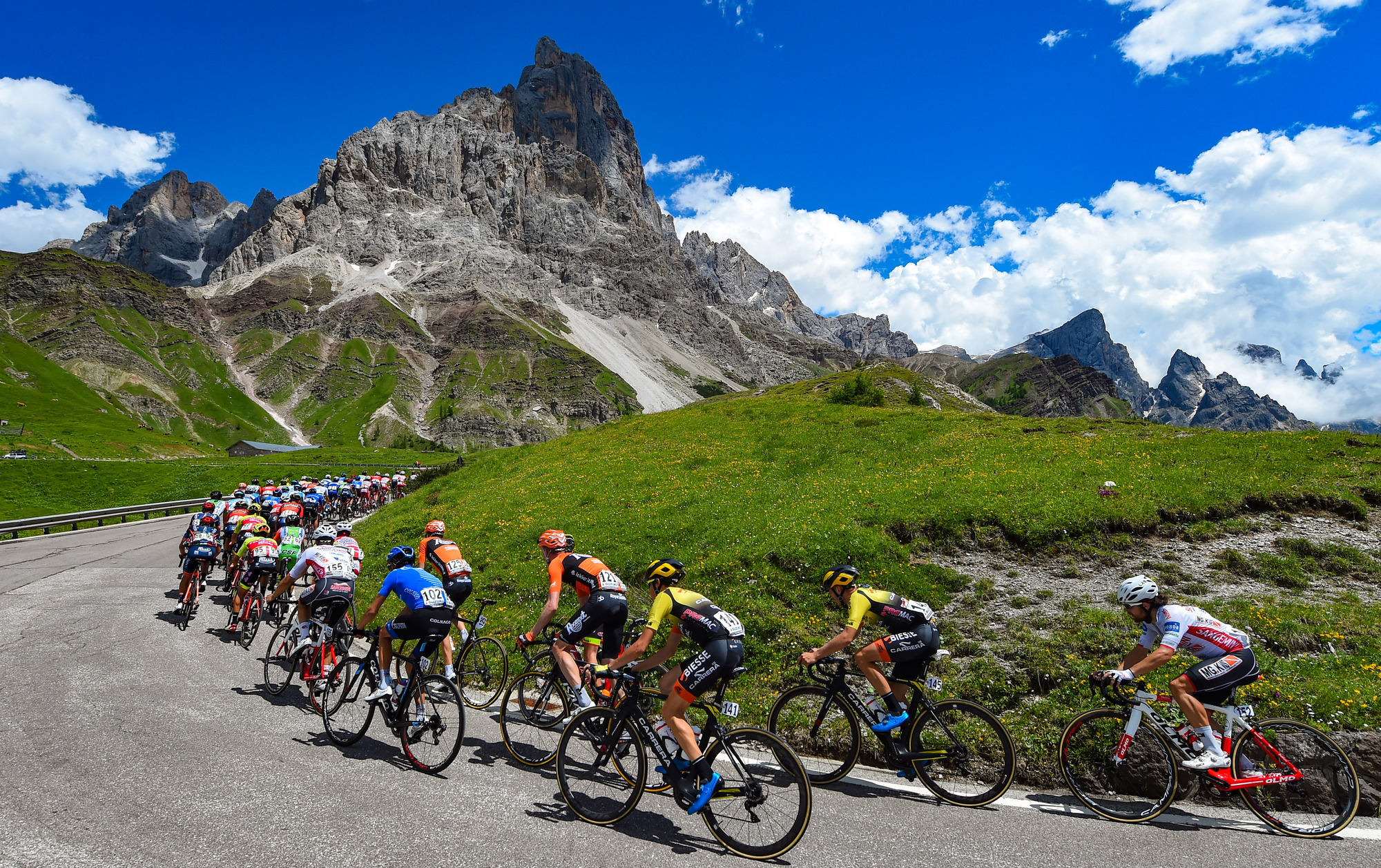 The consortium that fosters the Venetian mountains is among 2019 AIRace official Jerseys’ sponsors alongside Geo&Tex2000, Gabetti, FSA and Suzuki. Vittoria will power the neutral technical assistance

While completing very shortly the teams’ entry list of theAdriatica Ionica Race second edition, to be held from July 24th to 28th between Veneto and Friuli Venezia Giulia (Northern Italy), the organizers proudly announced the partners roster.
As AIRace has proved to be a relevant driver for the territorial promotion, the event now welcomes the new brand “Dolomiti, the Mountains of Venice”, sponsor of the green jersey awarding the best climber of the race. The new partnership will be also emphasized by the stage 3, crossing the Belluno’s Dolomites until the finish line at Misurina Lake, and the stage 4 start in Padola, Comelico Superiore, in the true heart of Dolomites mountain range.Further newcoming sponsor of the event will be Leonardo Royal Hotel Venice Mestre, Vini del Collio,Sant’Anna di Vinadio water and Vittoria, the World-leading bicycle tires manufacturer to power the race technical assistance.

The event is also supported by many institutions such as Veneto and Friuli Venezia Giulia Regions, the Veneto’s International Directorate, the Venice and Rovigo and Venezia Giulia, Trieste and Gorizia Chambers of Commerce.“I would like to thank all the institutions and the companies supporting our event, along with the locations hosting the race – Organizing Committee’s Chairman Moreno Argentin said. – These partners represent an impressive added value for the race and the whole cycling movement. The confidence they vested in us allowed a beautiful and ambitious project to take shape, with the goal to involve new territories in the next few years”.
ADRIATICA IONICA RACE JERSEYS