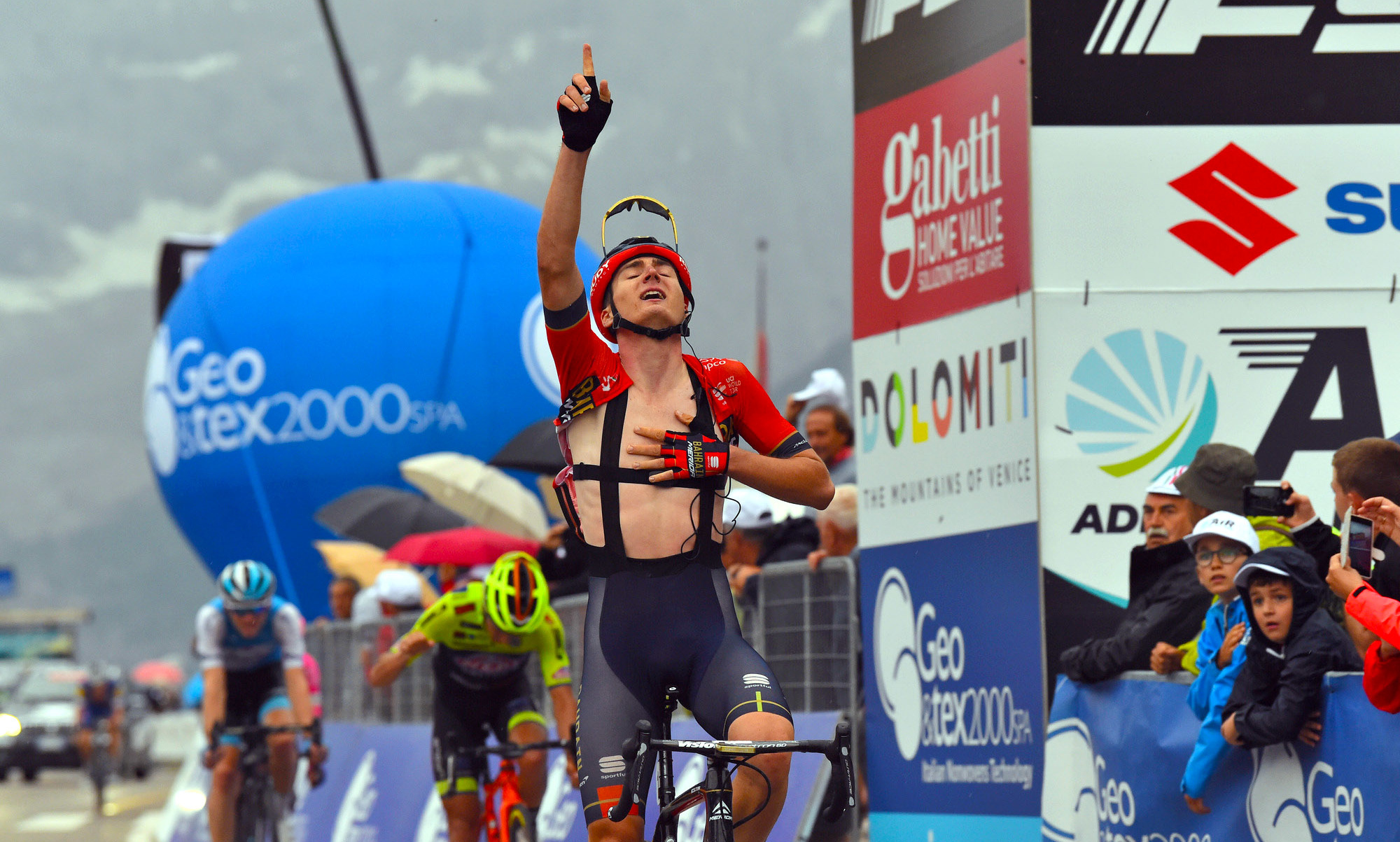 The Ukrainian clinched the Adriatica Ionica Race alpine stage 3 while wearing the leader jersey. Dayer Quintana and Hermans rounded out the day podium. Disappointing Evenepoel gave up on the final ascent

First gravel road, then high mountains. 2019 Adriatica Ionica Race requires no-limit attitude to those aiming for the overall win, whose number clearly decreased after today’s “queen stage” from Palmanova to Misurina Lake, 204,6 km in the heart of the Alps.

“I’m really happy, I trained a lot to get here in a great shape – Padun explained. – I think Hermans was the strongest, it’s almost a miracle that I could get the win. Now, I’ll try to keep the leadership in the GC with all my strengths“.

After the exciting Thursday’s stage with Deceuninck-Quick Step squad in the limelight after the amazing hat-trick in Grado, the race started with Colombian Alvaro Hodeg dressing the leader jersey but also conscious of the hard task awaiting him. The early move of three riders after 7 km only – Edward Theuns (Trek-Segafredo) with Mattia Bais e Jonathan Milan (Cycling Team Friuli) – built up an over 7 minutes gap ahead of the first ascent, Passo Rest, when one of the three escapees (Milan) dropped out.

Once an exhausted Bais was caught and outdistanced on the first-category Sella Ciampigottouphill (11,7 km at a 7,1% average gradient), ten riders remained to play for the stage victory with 40 km to go. Nothing changed until the last 10 km when Remco Evenepoel made several attempts but surprisingly dropped out in the toughest part of the ascent eventually.

Padun, Hermans and Quintana opened a narrow margin and hold it up to the sprint won by Ukrainian rider giving Team Bahrain-Merida the second win in 2019 AIRace after Phil Bauhaus in Mestre.

Tomorrow, Saturday July 27th, the alpine climbs will give way to the “Gorizia’s Collio” hills in the stage 4 (Padola – Cormons, Monte Quarin, 204,5 Km, start at 12:05 CET), a perfect field for puncheurs who want to scramble the race and the GC again without waiting until the last day in Trieste. The highlights of Adriatica Ionica Race’s stage 4 will be aired on Eurosport, from 11.30 pm CET.