The connection between the Adriatic Sea and the Ionian Sea, between two unique cities such as Venice and Athens, is what the race organizers desire to amplify. If in the first three editions the regions of Veneto and Friuli-Venezia Giulia have been the protagonists, promoting the Dolomites, the Adriatic, the Collio Hills and the exciting unmade roads of these territories, over the next few years the goal is to cross borders and give this race an increasingly international character.

Organizing a stage of the race in Austria or Slovenia would be the first step of a journey that would climax with the race running through through Croatia, Bosnia and Herzegovina, Serbia, Montenegro, Albania, North Macedonia and, finally, Greece. A constant expansion that will lead to an increase in duration of the race and the discovery of new routes, unexplored by cycling. 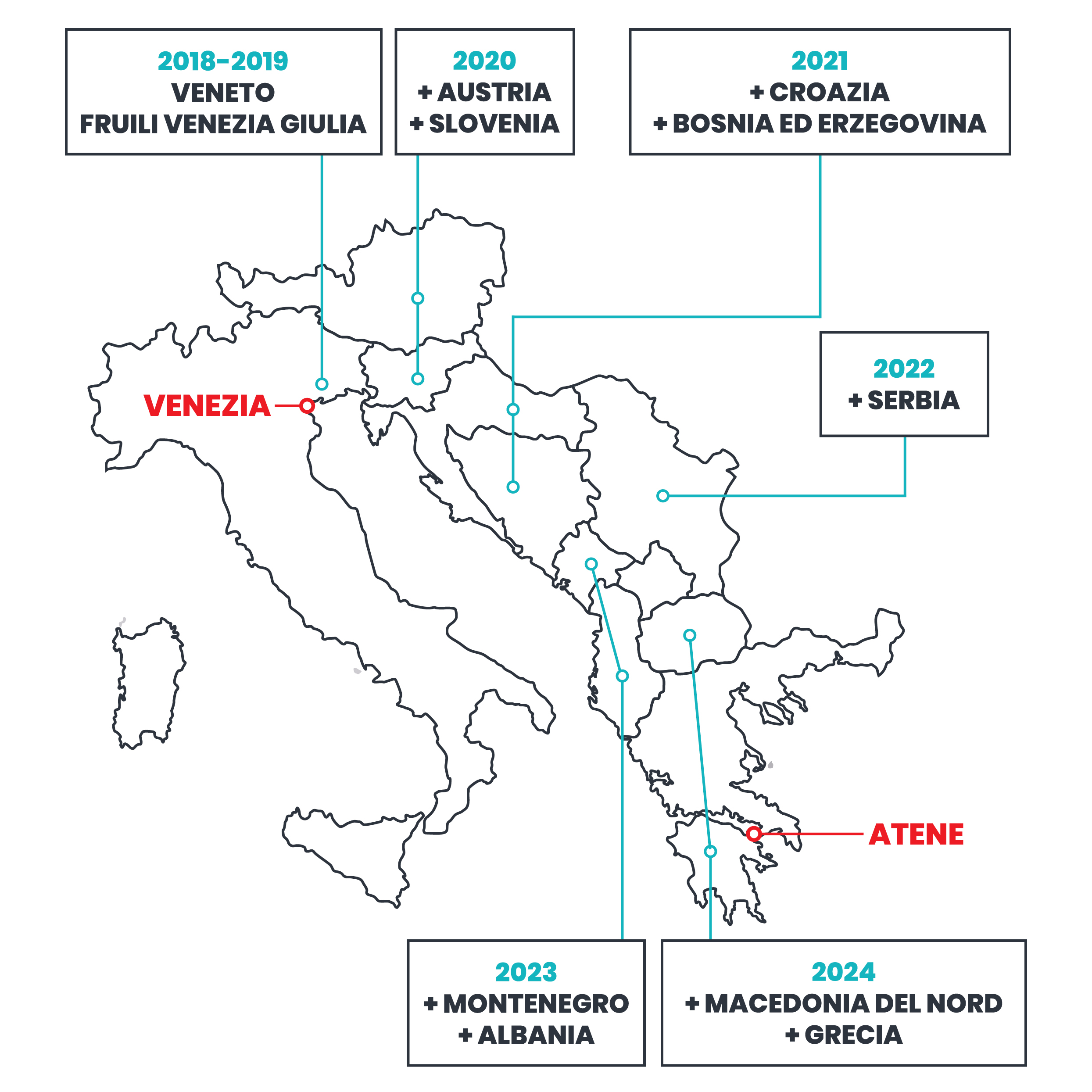